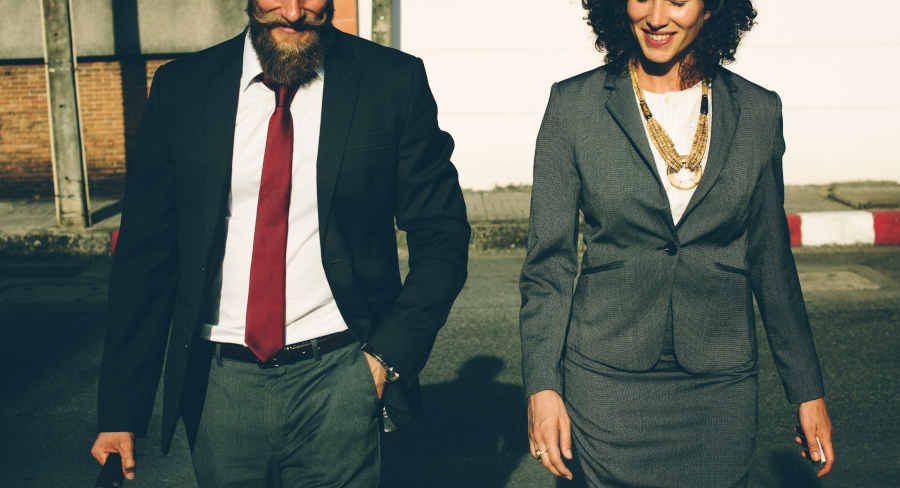 Apprenticeships are suitable for anyone interested in improving their knowledge sets, skill sets or behaviours within their current role, or a role they want to move into. They are a great way to upskill existing staff, as well as a way to recruit new talent into the business.

The Sales Executive Level 4 standard was released by the Institute for Apprenticeships at the beginning of November 2018.

An apprenticeship standard (as opposed to a framework) is linked directly to a job role and teaches applicants a comprehensive list of skills, knowledge and behaviours needed to be fully competent in that role. The idea behind the standard is that apprentices are able to demonstrate full mastery of the occupation by the end of their training.

The Sales Executive Level 4 Standard lasts up to 18 months (a government requirement for all apprenticeships is that they last for a minimum of 12 months) and the government offers £6,000 funding per learner, funded through a co-investment model or through your Apprenticeship Levy fund.

The skills developed during the Sales Executive Level 4 include a range of analytical skills (such as customer needs and customer engagement) as well as sales planning and preparation, negotiation and closing techniques and how to prospect (/gather intelligence on the market).

Here are some of the common questions about the Sales Executive Level 4, answered by Dan Hodgetts and Barry Hilton at Mercuri:

I’ve already completed some sales training - can I still do a sales apprenticeship?

Absolutely. Existing sales training can be a great foundation to a sales apprenticeship. Furthermore, those who already have a degree or NVQ are still eligible for a sales apprenticeship providing there is evidence to show that those enrolled will benefit from an increased/improved Knowledge, Skills & Behaviours for a specific job role, future employment or progression opportunity.

If there are any particular areas in the apprenticeship that learners want to specialise in, or learn more about, there are additional, free-standing sales courses they’re able to take as well.

Note for employers: Your apprentice must be working at least 50% of their working hours in England and have the right to work in the UK.

How often would I see my apprenticeship coach?

This varies to suit the needs of the learner and employer, but Dan Hodgetts from Mercuri states that as a minimum, a learner can expect monthly contact and support from their trainer. This doesn’t have to be face-to-face, it can be via Skype or on the phone. There will also be on-site meetings as part of the learning process, as training is completed on the job as well as off the job.

How is the apprenticeship taught?

It’s taught on a modular basis over a period of up to 18 months.  At the end, the Association of Professional Sales (or a similar independent End Point Assessment Organisation) will verify, through a variety of assessment methods, that you have acquired the knowledge, skills and behaviours outlined within the Standard. 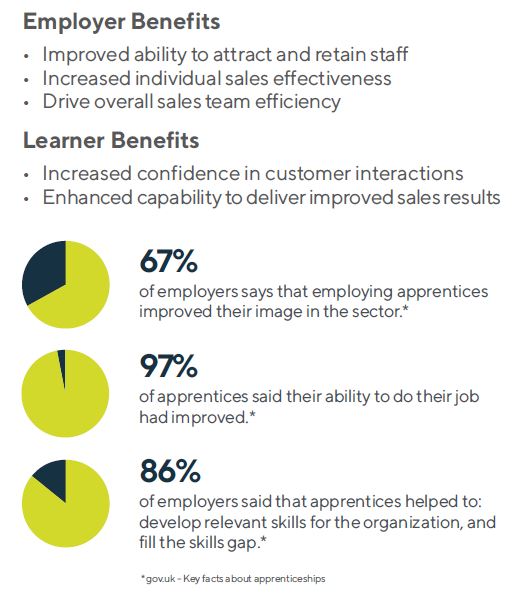 What’s the success rate with the Level 4 Sales Standard?

As the standard was only released in 2018 the statistics on overall success rates have not yet been recorded, as the first apprentices to complete this standard will not reach the end of their learning cycle until c.April 2020. However, learner satisfaction rates are measured continually and currently sit at a minimum of 98% learner satisfaction in the UK and are measured as a key KPI.

Is the standard suitable for experienced sales professionals, who have been in their role for a number of years? Or is it too junior?

“Most people learn most about their jobs in the first year, and so someone with 10 years experience may very well have 1 years’ worth of knowledge, repeated 10 times. It’s a question that many sales professionals would find very challenging to answer. Our belief is that even experienced salespeople could draw huge benefits from having a formal planned, measured and immersive training. I would recommend this standard very much to any salesperson who is in a customer facing role.”

With the Apprenticeship Levy coming into effect in April, Findcourses asked UK employers how they are feeling about - and preparing for the initiative. Take a look at the results.

Apprenticeships: Ignore Them At Your Peril

Find out what strategies companies are employing to ensure they make themost of ‘The Apprenticeship Levy’. When you think of the term apprentice, often what springs to mind is someone fresh out ofschool looking to take the first step on the career ladder. Many still don’t realise that there are a wealth of apprenticeships at bachelor’s and even master’s level aimed at training every level of the w ...