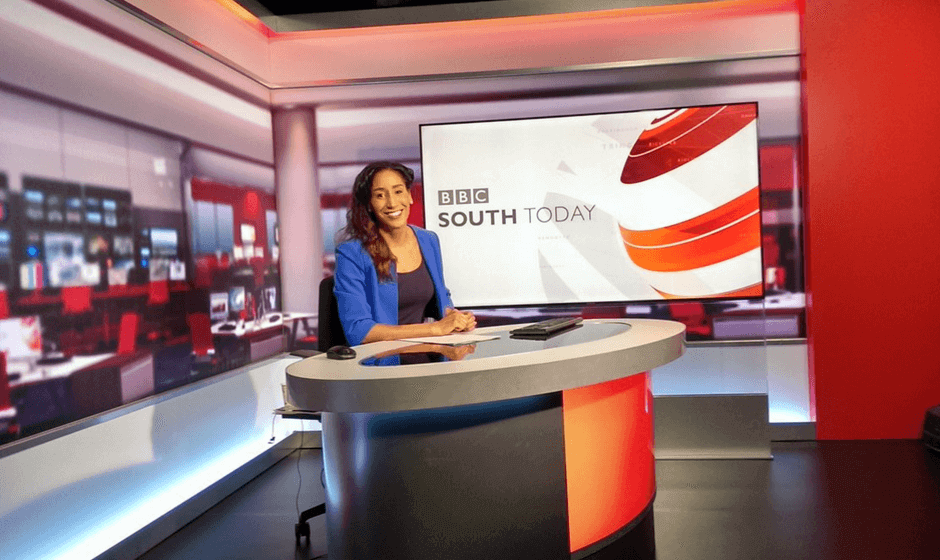 Interview with Adina Campbell - The One to Watch

Every great journalist knows how to multitask. Between writing news stories, conducting interviews and reporting live, this is one job that doesn’t fit into the neat window of nine till five.

One lady who embodies this is Adina Campbell. A reporter and journalist for BBC South Today, our emails fly as she reports on a court case and deals with the hectic office life behind the scenes. Happy to share her story with those hoping to make it as a journalist, Adina was honest, down to earth and determined. I was keen to find out more about the competitive industry, the life of a BBC journalist and the nerve wracking moments the camera doesn’t see.

Whether you are hoping to get into a career in journalism, or are just taking an evening course to see what it’s all about, this is an interview worth bookmarking!

I know you haven’t got much time, so I’ll fire these at you quite quickly! Did you always dream of being a journalist?

I decided to pursue a career in journalism after doing some work experience at a news agency in Cardiff, during my first year at University. After completing a BA (Hons) in English Literature, I stayed on for another year to do as Postgraduate Diploma in broadcast Journalism. My first paid jobs were in commercial radio in South Wales, Cheltenham and Oxford. I then joined the BBC in 2008, starting off as a radio reporter for Radio 1 Newsbeat.

It’s the job every journalist dreams of getting – how did you get into the BBC?

Well I initially had to fill an online application and then I was invited back to do a face-to-face interview.

Can you describe a typical day at work?

It starts with an editorial meeting in the morning to discuss the news agenda, any breaking news and other potential story ideas. I’m assigned a story and am then expected to go out with a camera crew to gather individuals and an array of shots for the report. In the afternoon, I will script and edit the material and turn it into a report. Some days also involve doing lives on location or in the studio as well.

That sounds rather hectic! What is the part you enjoy the most?

Meeting lots of people and finding out their stories. I love that every day is different; one day I could be out with my knees deep in flood water, the next I could be reporting live from court.

What would you say is the most challenging part?

We’re normally only given about two minutes to tell a story. If you come back with lots of good rushes, it can be really difficult being ruthless with the material that makes the final cut.

What has been the highlight of your career so far?

In my current job at South Today, going up in a VC10 airliner and a Merlin helicopter for two separate news reports would have to be my highlight.

That sounds so exciting! My next question then is how you cope with the competition in the industry?

It is competitive, but it’s about seizing every opportunity and giving it your best shot. My number one rule is I think it’s so important to treat your colleagues with respect.

That’s a good tip. What advice would you give to someone hoping to follow in your footsteps?

Be prepared to work long hours and often be unpaid at the beginning. Remember that going that extra mile will be noticed eventually.

Good advice! What three skills do you think you need to have to make it as a broadcast journalist?

Resilience, accuracy and being a good listener.

Finally then, what’s the most nerve wracking thing that has ever happened to you live on air?

Unexpected situations always happen. Recently, whilst presenting our programme, we had technical problems trying to cross live to our reporter out on location. The running order kept changing and I had to ‘ad-lib’ quite a bit to fill time!

I’ll let you get back to it then – thanks Adina!

If you think you’ve got what it takes to make it as a journalist, why not kick things off with a journalism course?

Learn from an industry expert and get the tips needed to make it to the top. Good luck!

How to Become an Aircraft Maintenance Engineer

Are you interested in a hands-on, technical career in the aviation industry? Aircraft maintenance engineers inspect, service, repair and overhaul civil aircraft. Click here to read more about this exciting profession, and take your career goals to new heights! 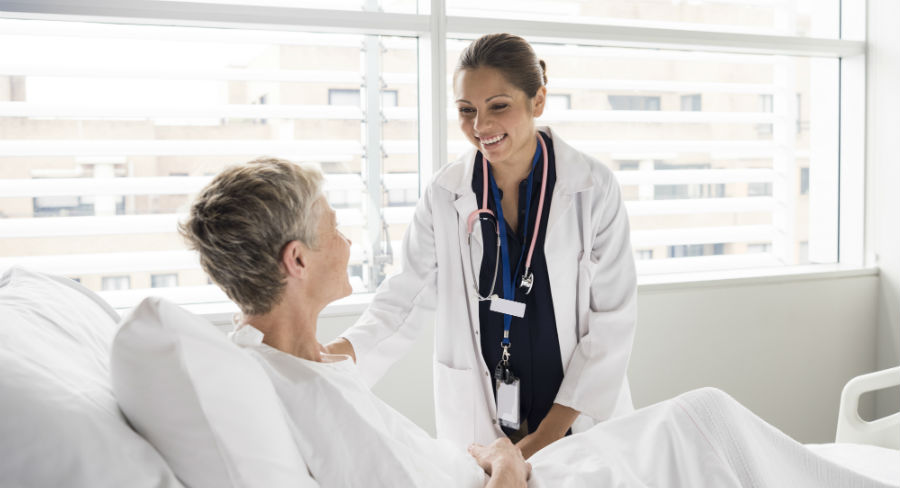 How to Become a Hospital Porter

Hospital porters assist medical staff by carrying out a range of vital manual tasks. If you enjoy helping others and thrive in busy environments, go ahead and discover how to become a hospital porter!