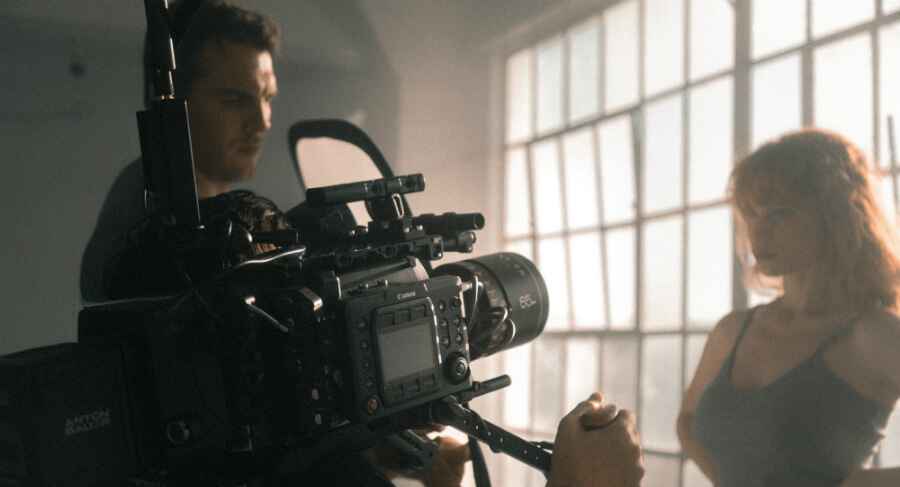 Why are Actors so Important in Society?

The Oscars definitely took us on a ride with ‘envelope gate’ and the emotional speeches from winners like Viola Davis and Emma Stone.

It’s quite common for us to get lost in their films, their fashion and more often than not, their lives. However, how often do we think about what actors contribute to society? How do they impact us and why do people even pursue this line of work in the first place?

Fame and fortune may be the most obvious of reasons but it’s not necessarily the most accurate. More often than not there are other factors that create this calling that makes actors important to society.

‘An actor at their very core are story tellers. Art, acting and performance are an expression of life – our cultures, our worries, our love, our strengths, our weaknesses and our existential curiosity. It is political and spiritual in equal measure. It can stimulate debate, educate, dissect life or rise up against oppression. It is relevant because our culture and our art is our defining characteristic from the other animals we share the world with,’ explained Neil Rawlinson, the Creative Projects Manager of the Actors Centre.

Jonny Persey, the Director of the Met Film School shares a similar view regarding the importance of the arts to society.

‘We’re living in a time of big political and social change which bring a lot of uncertainty to our lives. This is the time when we need artists and storytellers who create works through which we can better connect to this new world, understand how we feel about it and decide what we are going to do. I believe that artists are the mirror of social change and societies therapists,’ he said. 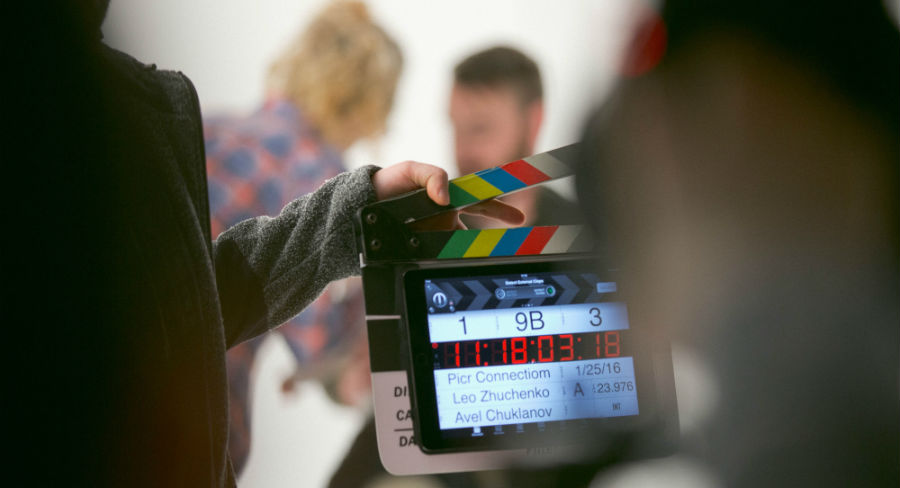 Despite the effect actors can have on us and the wider world, the realities are extremely harsh for budding talents. Often faced with a lot of rejection, competition and ridiculously low pay, it can be a challenge to survive even when you’re starting out in the industry.

Equity, the union for performers, revealed in 2013 that a member survey showed that ‘at least 56% of its members earned less than £10,000 from being professional performers between November 2012 and 2013.’

Tori Johanne Lau, an actor in training, has experienced the negative side to the industry describing it as ‘hellish.’

She’s found that where some actors are subjected to less than pleasant experiences, they’re still required to remain professional with little to no sick days. In an industry that she believes exudes elements of racism, sexism and ableism, it can be a challenge to navigate your way through.

Despite this though, people still want to pursue acting and Lau is no exception. ‘I get extremely moved by good stories. I watched Fences the other day and it gave me a lot to think about, which I liked. I am emphatic by nature and always try to put myself in the situation of the characters to the best of my ability. There was a moment Viola Davies snapped a truth to Denzel Washington and I could feel her heart breaking and mine was breaking right along with her.’

This innate connection people have with telling stories is what continues to drive actors and now, there are a growing number of platforms that provide opportunities.

‘We know the screen industries are very competitive by nature.  However, both in front of the camera and behind it the nature of opportunity has dramatically changed over the last ten years. The digital revolution has meant first of all that the number of platforms has rapidly increased. In both film and television there are now more programmes, stations, broadcasters, web casters than ever – and the economics mean that they can cater to more niche audiences. That means more content requiring more actors.

‘At the same time, there are more gatekeepers, and on web platforms the audience is becoming the gatekeeper. So, you can gain a following and an audience more quickly. It’s a very exciting time to get into this – though it’s important to remember that acting doesn’t give you high levels of job security!’ Persey explained.

The Actors Centre has also found that there is still strong interest when it comes to this line of work.

‘The Actors Centre has around 3,000 active members at any one time. Drama Schools are taking more people than ever before and more people are calling themselves actors than ever before - the UK’s largest casting platform (Spotlight) has over 60,000 members and the Union for actors (Equity UK) has over 50,000. It is safe to say that acting is a popular career dream for many, pursuable by many and achievable for some,’ according to Rawlinson. 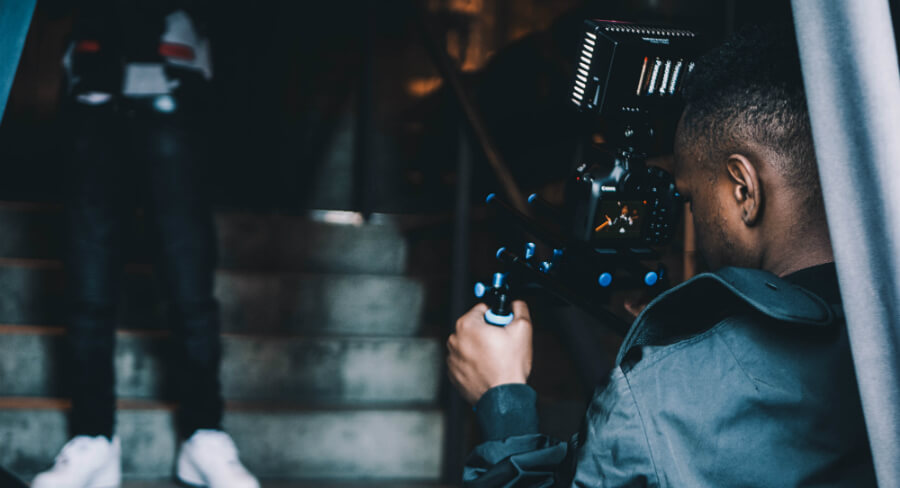 The issue of diversity in film and television

News reports declared that diversity had won at this year’s Oscars ceremony. A huge step in the right direction when it comes to the representation of society, however it’s important to pay attention to the number of people in training as it will be these cohorts that become the next wave of talent. The Met Film School’s statistics are changeable particularly across their short course portfolio, which includes acting.

‘The film and TV industries, like us, are trying really hard to increase the representation of all sectors of society in front of the camera and to widen participation behind the camera.  Things are changing, but slowly. There are many initiatives and the BFI’s new widening participation agenda is forcing companies to think really hard about the stories they tell as well as who they encourage and hire to tell stories and crew productions. Representation on screen will only change as the stories change, and stories will only change as the storytellers’ change, so it will be slow. I’m really glad that we’re all thinking about this and talking about it so much now. Interestingly, I think this year has also been a wake-up call to ensure that we include the more traditional white working class within that widening participation agenda,’ Persey said.

Rawlinson added that there’s no lack of diverse talent if we cast our eyes to the Actors Centre’s Alan Bates Award winners over the last 12 years but those that hold the ‘purse strings’, meaning the commissioners lack diversity within themselves as well as makers of performance.

There is a lot being done in terms of support for those looking to enter the industry and take an acting course though. The Actors Centre for example has been in the business of supporting actors for nearly 40 years. They provide an extensive programme of workshops and courses – roughly 1,700 a year – and they have a lot of benefits for members including access to studio and performance space, cross-over with their in-house Tristan Bates Theatre, networking opportunities and pastoral support.

At the Met Film School students leave with a filmed portfolio, practical knowledge and feedback from industry experts. Students also work with professional directors, casting directors and agents, which is a great opportunity to receive real-life feedback from professionals.

So, whether you want an introductory course to acting or you’ve made the decision to pursue a career, you can take comfort in knowing that not only is this area still thriving, but there are increasing opportunities and support in the form of acting schools.

Still unsure of whether you should become an actor? Rawlinson shared some valuable advice for those who may be considering this career path.

‘Acting is a lifestyle not a job, you need to want it. Be prepared for a rollercoaster with many ups and downs. Talent is needed yes, but proactivity, professionalism, the ability to build a network and a positive attitude are equally as important. Observe the world around you, analyse it. Watch other actors at work, see as much theatre and cinema as you can. Play, explore, learn…continually. Be nice to everyone.’

Check out our range of acting courses and our guide to acting and maybe we’ll see you on the big screen soon! 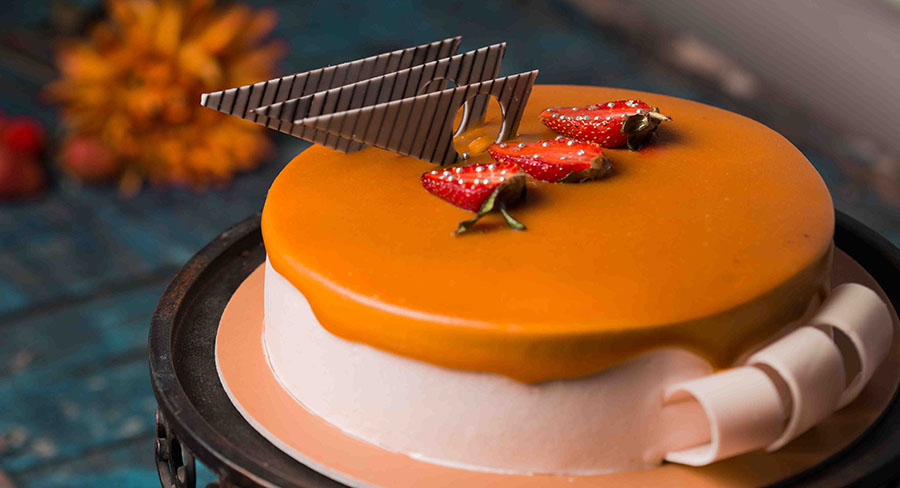 How to Make the World's Most Difficult Cakes

Baking isn't always a piece of cake. After savouring every morsel of a dessert's delectable sugary goodness, we emerge from our food coma only to utter the words: how did they do it? Find out here!