Nationalisation and Oil in East Africa 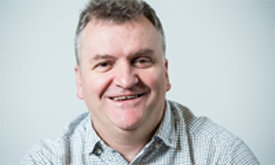 The oil and gas industry operates on a global playing field, which energy exploration at its center. As this industry increases in importance for many nations and economies, Drew Leitch, the managing director of MDT International discusses the nature of the industry, its expansion into East Africa and what participators can do to ensure success, fairness and safety in the business.

With over 25 years of experience in petroleum accounting and operational management roles in the oil and gas industry, Drew Leitch is a trusted source of expertise on the field. Having developed a strong passion for coaching, mentoring and sharing the lessons of his experiences, Drew now works as a lead trainer for MDT International and has had the pleasure of teaching courses to delegates in over 25 countries. 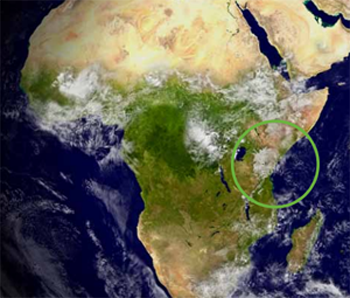 In recent forecasts made by the World Bank, East Africa has been singled out as a thriving and high potential economy. These forecasts are undoubtedly affected by recent discoveries and exploitations of natural oil reserves in the region. Namely, Nigeria, Egypt, Libya and Algeria have located mass reserves, which in tandem with technological advancements in oil extraction and refinement and increased political stability, has stimulated excitement for drilling in neighboring East African nations. A 2013 Deloitte report supports and bolters this enthusiasm, with reports that in the past two years, more hydrocarbon reserves have been discovered in East Africa than in any other geographical region.

In terms of potential players, Mozambique and Tanzania show signs of promise in the East African oil and gas sector. In Tanzania, onshore and offshore hydrocarbon exploration is currently in process. While commercial discoveries are yet to be made, a number of encouraging discoveries have been made in deep offshore areas, producing viable gas fields in Songo Songo and Mnazi Bay. In the years since the 2010 discoveries, forecasts for Tanzania’s potential to supply LNG and Asian markets has increased.

In neighboring Mozambique, exploration dates back to 1948, but no commercial discoveries were made until the early 1970s. Today, Mozambique holds one of the largest natural gas reserves of the current decade. With an estimated value of US$800 billion in 2012, this single reserve is worth more than 36 times the nation’s GDP and could lead to open trade deals with India and China.

East Africa remains one of the poorest and least developed regions worldwide. With many citizens surviving on less than one dollar per day, the region is stricken by disease and a lack of viable infrastructure. The establishment of a thriving oil and gas sector in East Africa is set to enhance local economies and empower their citizens to demand functional infrastructure towards an improved quality of life.

Under circumstances of natural resource discovery, it is important to establish that, whether mineral or hydrocarbon, the wealth derived from natural resource exploitation belongs to the nation’s people, not oil and gas companies and not the government. It is absolutely critical that citizens are able to fully benefit from and capitalize on the discovery and appropriation of resources. For many communities, employment of locals in the energy sector is an efficient and effectivemethod of distributing the wealth.

It is the responsibility of government to carefully consider and curate policies which effective manage and appropriate the power of oil and gas resources into a nation’s citizens and future generations. By employing nationals in energy, countries can make efforts to keep wealth at home and ensure that individuals see real benefits. Groundbreaking legislation has been passed in Uganda which mandates that oil and gas companies plan for technology and skills training and meets legal and contractual requirements to support national development. Labeled the Petroleum Exploration Production and Development Act, this important piece of legislation provides an example to live by.