The British Reflexology Association is a big name in the world of therapy, especially with anyone wishing to train in the Bayly method of reflexology. Membership denotes training to a high standard, with different levels according to your training and work in the area so it’s no surprise this was one of the first places we tentatively hoped would have an expert for us to chat to about all things feet. But when Nicola Hall, one of the founding members of the Association, agreed to chat, to say we were pleased is a bit of an understatement.

Having trained in it herself before joining forces with well known reflexology pioneer, Doreen Bayly, to create one of the UK’s leading bodies in therapy, Nicola is clearly passionate about the subject. With no experience in reflexology first hand, I couldn’t wait to quiz her on how our feet can be key to solving other problems and what the Association does...

You’re quite well known in the world of reflexology – how did you get to where you are today?

I trained in the very early days of reflexology, so it was really quite a short course. I trained one weekend and then went back and did the same weekend again. Over the years, training has improved on that. Training is now much longer – it takes about a year to train and you have to take exams.

I started practising once I had trained and then I used to help Mrs Bayly with her courses. She was always keen that we should have a reflexology association, so I actually helped set up the British Reflexology Association in 1985.

Can you tell us a bit more about what the role of the Association is within reflexology?

Well there are a number of different reflexology associations, with different entry requirements. Initially we had hoped that there would be just one! The British Reflexology Association was set up to offer and support and accreditation for those who had trained with Bayly School of Reflexology or trained in the Bayly Method.

So there are two different types of reflexology?

Yes, one is called the Ingham method, after Eunice Ingham, who was really the pioneer of reflexology. And then there’s the Bayly method. Doreen Bayly trained with Eunice Ingham and then introduced the methods to the UK and Europe. Her technique is slightly different though, a different thumb movement. The approaches are similar but they do vary.

What do you think are the most common misconceptions people have when it comes to reflexology?

I think that often people think it’s just a pleasant foot massage, whereas actually it’s a very precise form of massage with the feet and it’s used to help different conditions. There’s more to it than just relaxation, although that is very important too.

Is there anything that you think it’s best at targeting?

It has the potential to treat a wide range of things, but probably the most common thing people would go to reflexologist for would be things that are stress related: sleep problems, hormonal problems, fertility issues, maybe just before child birth to help with labour. But then also some structural problems; back problems seem to respond very well.

What do you think makes a good reflexologist?

Someone who knows their subject and has been well trained; someone who likes dealing with people, all sorts of people; and obviously someone who wants to be able to help people.

What do you think is the hardest thing to grasp when it comes to learning reflexology?

Can anyone do it?

If someone really wants to learn and has got reasonable academic ability and the time to study, then, yes, they could train as a practitioner.

If you could do your own career again, is there anything you would do differently?

I think I’d get involved in more research. That’s one thing we still need to make reflexology better accepted. We keep coming across the hurdle that the scientific community says there’s no sound evidence as to why it works. I think it’s a pity we haven’t done more.

Lastly, have you got any advice for people considering studying reflexology?

Be prepared to put in the effort to do the training thoroughly, so make sure you’ve got sufficient time to be able to do it. I’d also say go on a course that’s going to train you well. There are a lot of courses around at the moment, with varying prices and often the courses that are a little less expensive are really not that thorough. With some of the more established training schools, like ours, the people will be there to support you when you’ve trained.

If you’re keen to use your hands to heal people, or you want to follow in Nicola’s footsteps and get more involved in reflexology, a course could be the perfect starting point.

Have a look at the ones available and start your new career today!

Interview with May Martin - The Queen of the Sewing Bee

Not only has May Martin been a sewing teacher for over 40 years, but she is also a published author and recently starred as an expert judge on The Great British Sewing Bee. Click here to learn more about how May got her start, her impressive career journey, and get exclusive tips on turning your passion for sewing into a career! 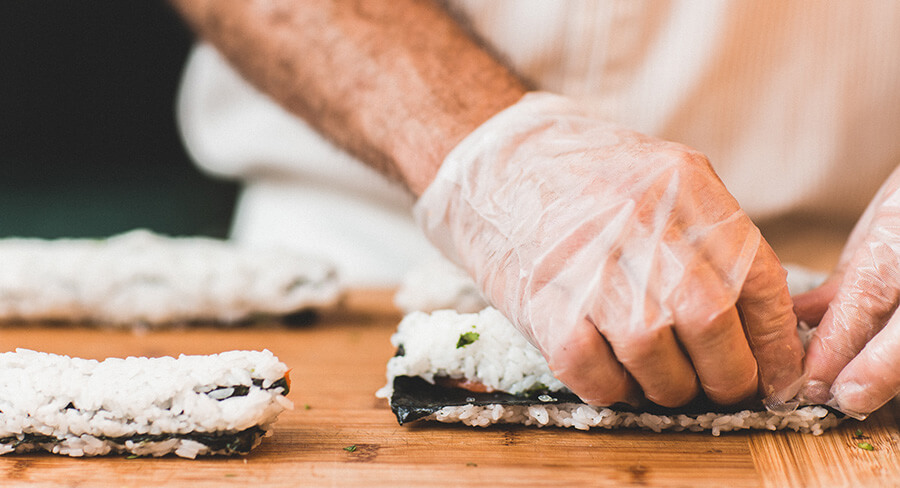 How to Become a Kitchen Porter

Kitchen porters work behind the scenes in hotels, restaurants and other places where food is prepared and cooked for the public. Are you a great team player who thrives in busy environments? Find out what it takes to be a kitchen porter.