“Opportunities don’t happen. You create them.”

5.0 (1)
Osborne Training
CPD stands for Continuous Professional Development. As an accountant, it is vital to gain CPD points to comply with Professional...

5.0 (16)
Excellence in Learning
Chartered Management Institute Recognised Training Centre for Director Training Courses. This course is assessed as “Excellent” by its delegates.  To...

Temple Quality Management Systems
This one day ISO 14001:2015 has been designed to give you a good understanding for those involved in an Environmental...

The Health & Safety Group
This 1-day refresher course in Prevention and Management of Violence and Aggression (PMVA) demonstrates techniques which will help you continue...

The Health & Safety Group
This 1-day refresher course in Prevention and Management of Violence and Aggression (PMVA) demonstrates techniques which will help you continue...

University of Birmingham
The digital revolution has transformed virtually every area of human activity—and you can be part of it as a web...

University of Birmingham
The digital revolution has transformed virtually every area of human activity—and you can be part of it as a web...

5.0 (1)
Mellor Financial Management
We work on a bespoke, exclusive 1:1 basis. Coaching executives on all aspects of commercial finance to enhance their knowlwedge,...

ATA (Asset Training Academy) Ltd
This 1 day Effective Time Management course is designed to give you the practical skills to tackle common problems that...

5.0 (1)
Corporate Coach Group
Inspirational leaders are responsible to creating and communicating a clear vision for a better future to members of their organisation,...

Osborne Training
VAT Accounting, Preparation and Submission Training Course Overview: Knowledge of how to prepare and submit VAT Return can help you to...

5.0 (4)
Corporate Coach Group
This course is available as face-to-face or interactive online training, or as an in-house course (both face to face and...

Osborne Training
Personal Tax Return and Self Assessment Accounting training Course Overview: Most self-employed people and directors of companies have to do submit a...

Birmingham has a rich and varied economy served by a wealth of professional training and development opportunities. The University of Birmingham has a world-class research facility and International Convention Centre together ensure that the city remains an internationally respected centre for intellectual learning.

Birmingham lies in the area of the UK known as The Midlands and is therefore one of the most accessible places with excellent communication links to London, Manchester, Nottingham, Sheffield and a number of other smaller cities. An international airport makes it a convenient choice for learners from abroad and a planned high-speed rail line from Birmingham to London will ensure the city remains well-connected.

Engineering and Industry in Birmingham

The city has historically been known as a leading centre for engineering and manufacture in the UK  employing over 100,000 people in the industry and contributing billions to the national economy. There are numerous training courses in Birmingham available for individuals working in this industry.

The Finance Industry in Birmingham

Birmingham's economy, the second largest in the UK, is supported by a very strong financial sector - particulary in insurance. Banking is also strong with two of Britain's "big four" banks founded in Birmingham - Lloyds Bank and The Midland Bank. Training courses for finance professionals in Birmingham are numerous. 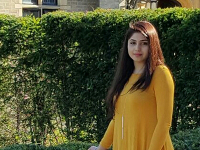 Like many other students Pradeep was unsure about how to start a career in accounting. Then she decided to start the AAT qualification at Osborne Training.

Read more
How To Improve Your Time Management 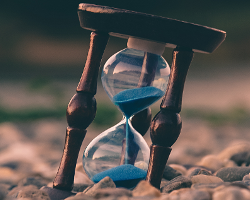 Corporate Coach Group
Read more
Newsletter
Subscribe and get the latest news, discounts and giveaways sent straight to your inbox!
You are now registered for the findcourses.co.uk newsletter.